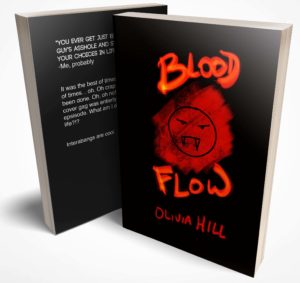 Vampire democracy sucks. Literally. When it’s one vamp, one vote, the worst monsters can swing elections by turning random people off the streets into new vampires. Dylan is one of those random people. The power players in the city want his vote, but he just wants to be left the hell alone. Most of all, he wants to stop murdering people. That’s easier than it sounds when some people are seriously asking for it.

Dylan’s life as a vampire is gross, terrifying, disgusting, frustrating, sexy, painful, and that’s all just in the first night out.

Get it at Amazon if you’re a big fan of corporate masters. (You’d make a better vampire than Dylan, I guess.)

Or get it directly from me! I’ve got what you need. First taste’s free.